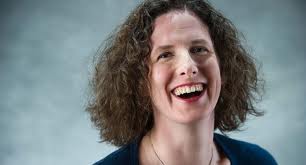 Dayna Lorentz, author of No Safety in Numbers, so graciously agreed to do an interview with me! Hope you enjoy this exclusive content!

1. This really bugged me that it was just left alone. I'm probably over-thinking but when a certain character happens to break out of the mall does this cause the virus to go airborne? The virus is already airborne! The bomb injects it into the air flow within the mall. ACK! 2. Was the subtle love triangle between Shay, Marco, and Ryan planned from the beginning, or did it evolve with the story?Everything in the novel evolved through the writing process. I knew from the beginning that Ryan would be entranced by Shay, and that Shay would be interested in him, but the relationship with Marco was a surprise, and certainly the ways in which all of the relationships in the story developed was a product of the writing process and following where the characters and their stories led me.3. How many books (surprise!) are you planning on writing in this series? Will the books be limited to life in the mall, or will we venture into the Outside?There are three books total in the series, including No Safety in Numbers. And you don't really want me to give anything away, do you?

4. The last chapter really surprised me. I mean REALLY surprised me. I was pretty much at a loss for words. Did you decide the ending when you initially began writing?I found the ending as I was writing the story. It surprised me as well!5. What made you decide to take a completely different course than your previous books? How did you take such a creative spin on a common topic?I had the idea for the story back in 2007 when I was at a mega-mall with my husband after seeing a movie late at night. The theater was on the topmost floor, and the lower floors of the mall were dark as we descended to the parking level. There were people on these darkened floors, and their voices echoed around the cavernous empty space. In that moment, the mall seemed like an alien and scary place--and the idea for the trilogy was born!6. Did you have to do a lot of research because the book revolved around a lot of scientific fact?Yes! I did tons of research, and also sought out the help of "experts." I have a friend who's a doctor who has helped me with the medical stuff, and another friend who's a big gamer, and he helped with some of the gaming details. 7. Where did all your inspiration come from? It had to be difficult to create four completely different main characters who intertwined in so many ways. Even the secondary characters played big roles!The four main characters came to me almost instantly, though I got to know them through the writing and revising process. The situation lent itself to a big cast of characters, so as their stories developed, I met the other characters. For example, in my first idea notes, I had Marco being chased by Mike and Drew, but it was only once I started writing that those two connected with Ryan and his brother.8. What is your advice to aspiring young writers?Keep on writing! The more you write, the better you will become. And READ, as much as possible, as often as possible! It is only through reading and thinking critically about what you read that you can become a better writer.
Posted by Emma Kate at 4:29 PM